Meet an Exceptional Member from One of Our Programs

Leadership Toledo’s many accomplishments are only possible through the dedication and hard work of its members. Once each quarter, we spotlight a former program member so you can get to know them a little better – their life outside Leadership Toledo, their goals, their thoughts, and what they've learned from their time in our programs. 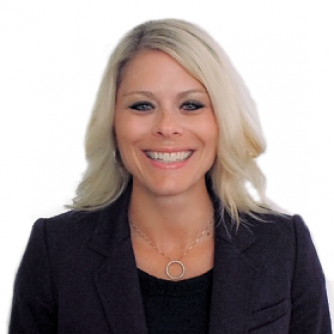 How and when have you been involved with Leadership Toledo?

I learned about Leadership Toledo in 2007 and was in the 2009 graduating class. I met some wonderful people that are still a part of my life to this day. After the class I did join the LT board and sat on the board for 5 years. I chaired the breakfast in 2012 and we raised almost $100,000 that year. LT does so many great things for adults and once I sat on the board I really saw how this program changes the youth that attend. They come out of the program new people and that is so awesome.

What has been your favorite moment or experience throughout your involvement?

I really enjoyed two things: the bus tour around the city and the day spent at The Ability Center. I learned so much about the city that I grew up in and had no idea of what gems we really have. Being a part of the Ability Center and having to experience what it was like to have a disability was very eye opening.

What surprised you the most about Leadership Toledo?

How much I enjoyed learning about our city and how all the people in the group took the time to be there so seriously. We became a family of sorts.

What did you take away from your participation?

I want to share what I had learned with others and give back to the community that has given so much to me.

What would you tell others who are considering involvement in Leadership Toledo's programs?

Please do it, it is worth every penny. I have made some lifelong friends from being in that class and learned a lot about others and myself.

What's new since you were involved in Leadership Toledo?

I married my amazing wife in August 2018, had a beautiful daughter named Beckett in November 2019, celebrated 15 years at the agency and became a shareholder at Knight Insurance January 2021. A lot has changed in the last few years and I am so thankful for all of it.

If you have questions about Leadership Toledo or our programs, contact us!